Creating and providing video content that educates, informs and inspires the residents of North Attleborough and Plainville. 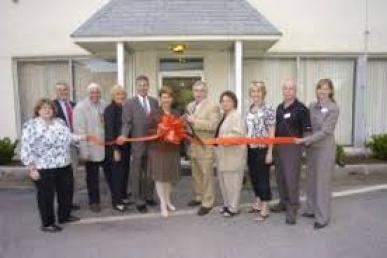 In 2005, the North Attleborough Board of Selectmen appointed a three-member Board of Incorporators for North Attleborough Community Television, Inc. who were charged with forming a legal corporation, establishing the corporation’s article of organization and bylaws, creating a vision and a strategic plan, and hiring a management team.  The incorporators and first three members of the Board of Directors were Robert Cote, President; Sherry Rhyno, Treasurer; and Patricia Lush, Secretary.

The Board’s first action was to hire Peter Gay as Executive Director and then Chris Miller as Director of Operations in February and March of 2006, respectively.

When North TV took over operations of North Attleborough’s three channels from Comcast in March of 2006, the Comcast public channel was the only one with daily programming, and that was limited to less than 40 hours per week.  The schools’ channel showed School Committee meetings, occasional high school plays and the annual graduation.  Selectmen and Town Meetings were the only programs shown on the government channel.

It didn’t take long for the new staff to produce a number of programs and launch 24 hours a day, seven days a week on the newly named North TV Community Channel.

A full-time coordinator was added in 2015 to oversee the North TV Government Channel.  The channel now offers meetings of nearly every town board, commission and committee.  In addition, cable subscribers can often find live coverage Monday through Thursday when meetings are held.

Members of the Plainville Board of Selectmen approached North TV about the possibility of expanding into their community.  Upon approval from the North TV Board of Directors and North Attleborough’s Board of Selectmen, North TV launched programming on Plainville’s channel 8 in November of 2018.  The new North TV Plainville Channel provides live cablecasts and replays of government meetings, along with numerous community and school events.  In addition, the North TV Community Channel is cablecast in both towns.

Funding for North TV is made possible through licenses between Comcast and Verizon with the Board of Selectmen of North Attleborough, who in turn provide revenue received in accordance with the contract to fund North TV. The same funding applies to Plainville’s license with Comcast and North TV.  As a non-profit corporation, North TV also accepts tax-deductible donations through contributions, sales of DVDs, and underwriting of programs.

North TV has been recognized by our peers on the national and regional level, receiving 21 awards for programming – including the Alliance for Community Media’s National Award for Overall Excellence in Government Programming.