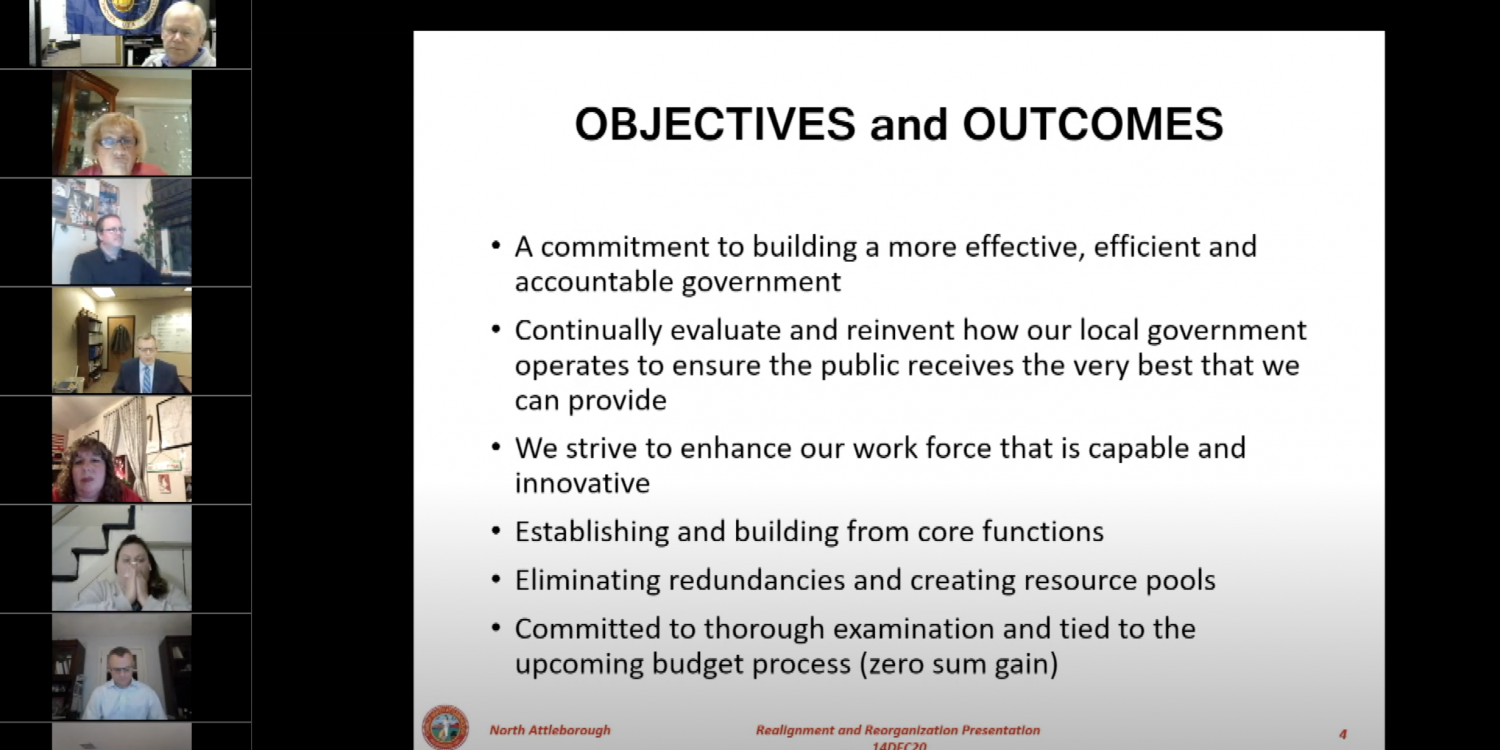 NORTH ATTLEBORO - A plan to reorganize functions and town departments was discussed when members of the town council met in a virtual session Monday night.

The idea has been discussed since the council was formed in July of 2019 in hopes of operating more efficiently and saving money.

The meeting can also streamed by becoming a North TV Insider, a free service to North Attleboro and Plainville cable subscribers.

Subscriptions are available for residents without cable television and people living outside of North Attleboro and Plainville for only $2.99 a month.

Click below to stream the council's discussion on reorganization town departments.