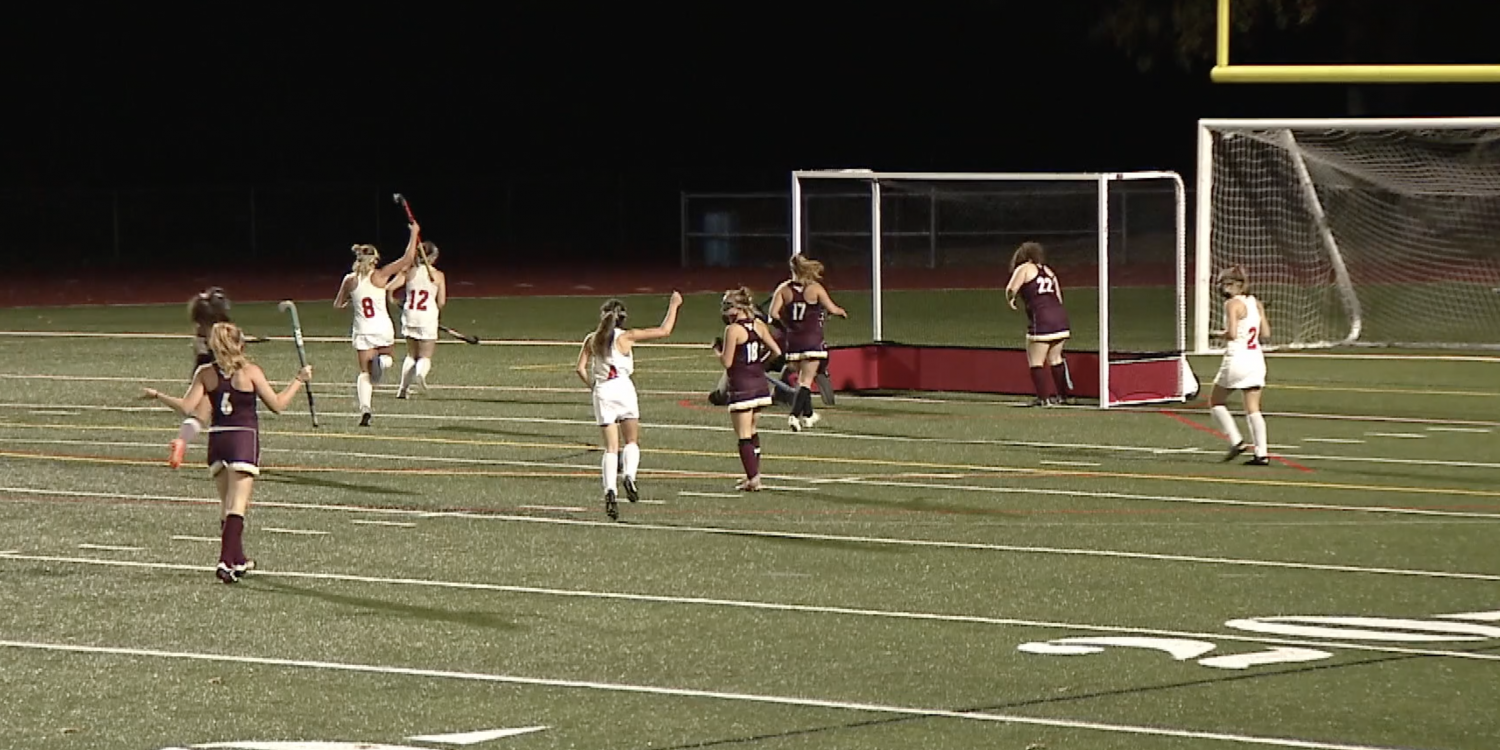 NORTH ATTLEBORO - After 30 seconds, it looked like Sharon was going to put a damper on the North Attleboro field hockey team's senior night but the Red Rocketeers' class of 2021 had other ideas, rallying back to a 10-1 victory.

Rising to the occasion on their final appearance on Beaupre Field, seniors Emma Bailey and Lauren Abusherry both scored two goals to pull the Red Rocketeers into the lead.

Bailey scored a pair of carbon copy goals, camping on the right hand post of Sharon’s net and then slamming two shots past Yesha Sharma. Abusherry was alert in the shooting circle on both of her two goals to beat Sharma and the tightly packed Eagles defense.

The goals from seniors gave North command of the contest, but the outstanding performer for the night was sophomore Julia Puccio.

Puccio put on an impressive shooting display, scoring from close range and using backhanded shots multiple times to beat Sharma. All in all, she finished with five goals and her standout performance earned her the distinction of being named North TV’s Player of the Game.

Preceding the start of the game, the 10 members of the senior class were honored along with their parents. Elleny Bau, Abusherry, Maeve McGinley, Olivia Luistro, Bailey, Olivia Etienvre, Emma Daby, Ellie Simonian, Nora Dluhy, and Hannah Bachand made up an impressive senior class for head coach Karen Folan over the last four years.

North will end the regular season with a 3-7-0 record on the year.