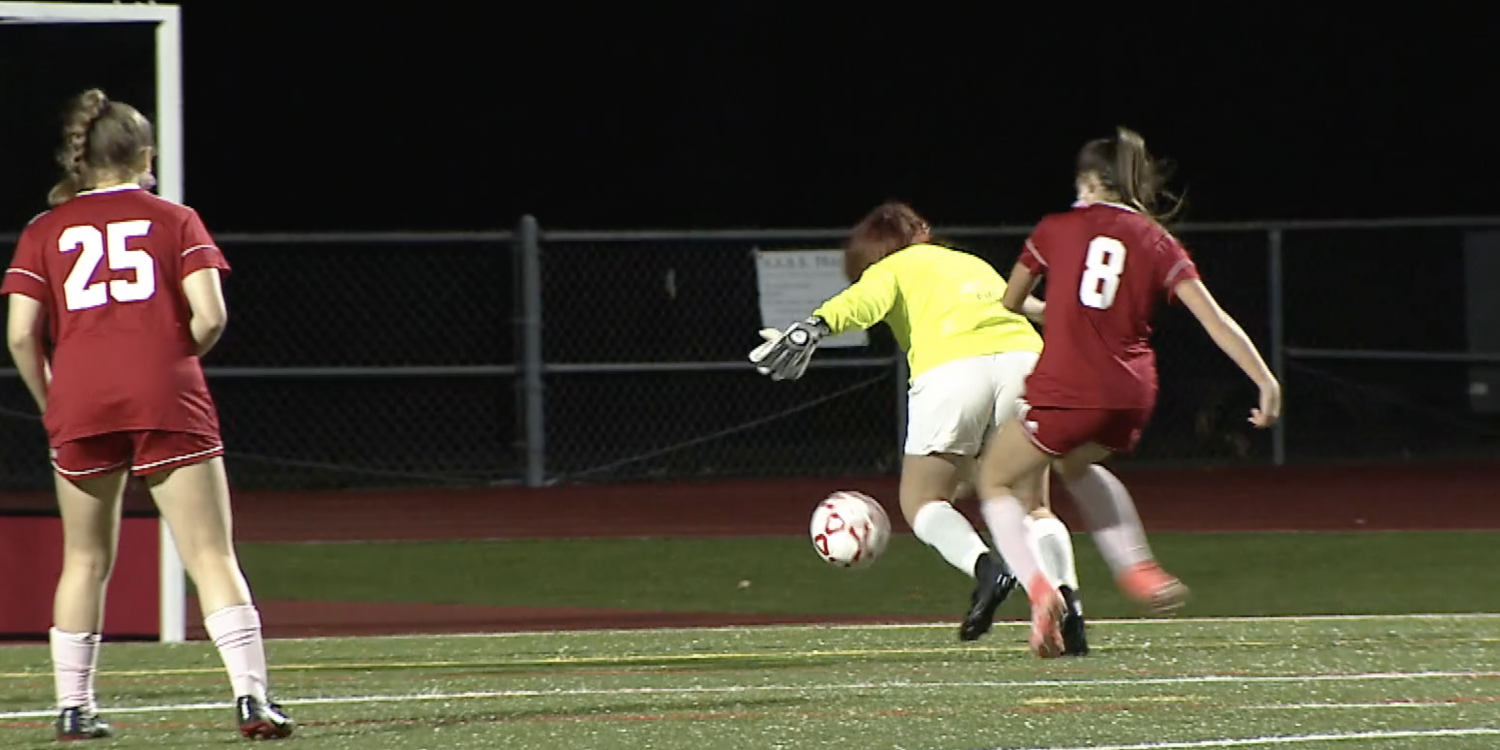 NORTH ATTLEBORO -The North Attleborough girls soccer team notched their first victory of the 2020 campaign rampaging to a 7-0 win over Stoughton at Beaupre Field on Wednesday night.

5 of the 7 goals scored on the night were cashed in by junior forward Steph McKenna and sophomore forward Emma Pratt.

McKenna opened the flood gates minutes into the second quarter, scoring after pressuring the Stoughton goalkeeper, Abigail Durand, into mishandling the ball inside the Black Knights six-yard box.

Moments later, McKenna doubled the advantage for North, capping a powerful run with a pinpoint left footed effort into the bottom corner past Durand.  McKenna would go on to score again early on in the second half to complete her hat-trick, which also nabbed her the distinction of being named North TV’s Player of the Game.

After bright moments of play in the first half, Pratt got her due reward in the second half, scoring back to back goals.  On both occasions, Pratt sprinted in behind the Stoughton backline to get one on one with the goalie.  The first finish was a low hard drive into the bottom corner and the second was a delicate chip over the head of reserve goalkeeper Mya Rivera.

North Attleborough is back in action on Friday, October 16th at Stoughton.

Click the link below to view highlights of North's win over Stoughton: