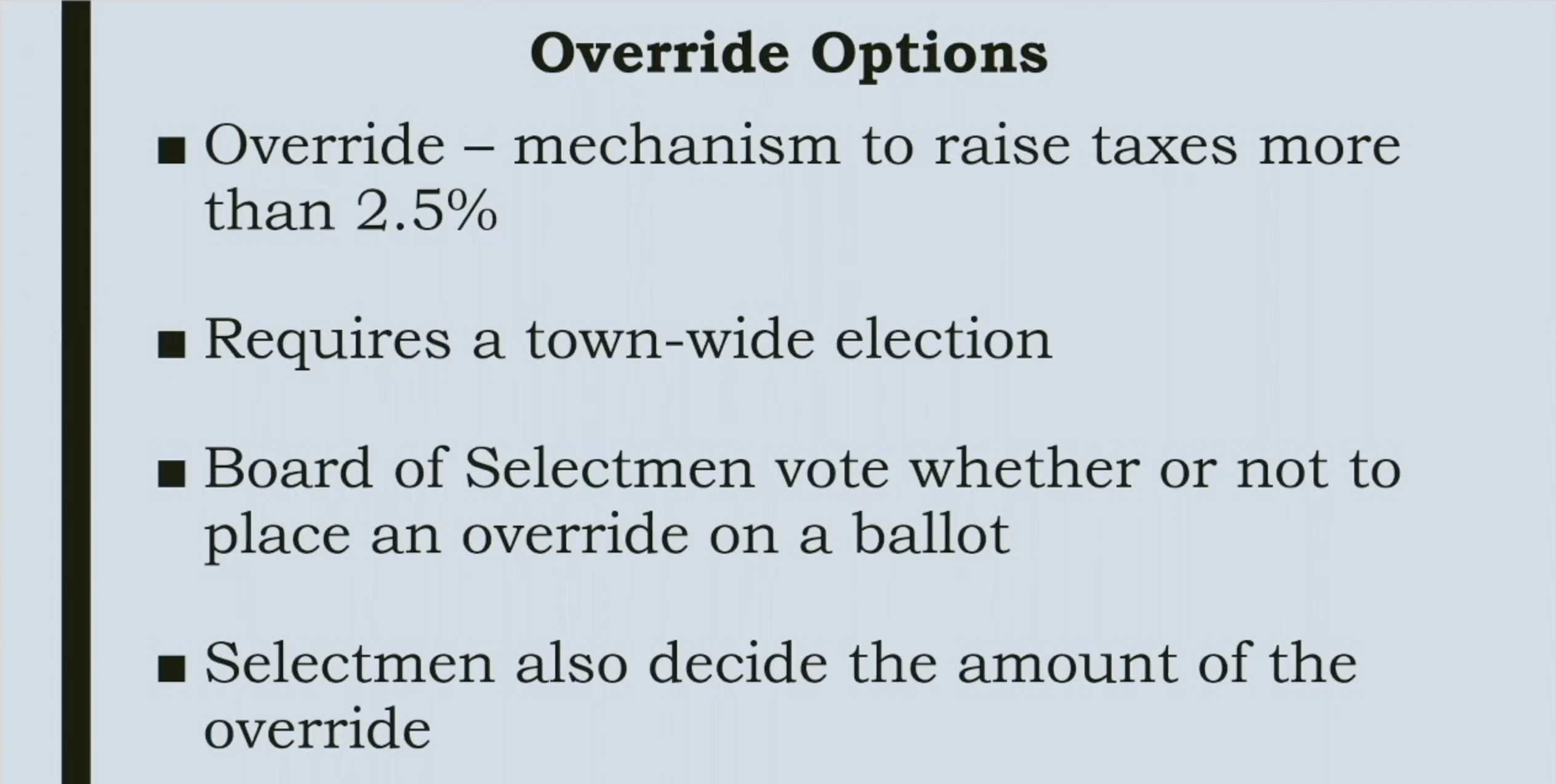 PLAINVILLE - Two years after North Attleboro voters approved a Proposition 2 1/2 override by a wide margin, Plainville officials are hoping to have the same success.

The town was already facing a difficult budget for the fiscal year that begins July 1 before the state's stay-at-home advisory was issued in mid-March. The impact of that order has drastically reduced the sales taxes and other revenue the state collects and will is likely to result in less aid to cities and towns.

State funding is expected to be reduced by as little as 10% compared to last year and could be as high as 30%.

Selectmen want residents to know an override would have been needed without the coronavirus pandemic and unanimously agreed to place a $3.25 million override on the ballot during their virtual meeting Monday night.

All precincts will vote in the apparatus bay of the public safety building behind town hall. The new site will allow proper social distancing for the two elections at the end of next month, the September 1 state primary and the November 3 presidential election.

Polls will open at 10 a.m. and close at 8 p.m. on June 29. Live election results will be available beginning at 8:30 p.m. on North TV's Plainville Channel: Comcast channel 8.

Monday night's virtual board of selectmen meeting can be seen on that same channel. You can also stream that meeting to watch any time on any device by becoming a North TV Insider by clicking the word "Insider" at the top of the screen.

Click here to stream selectmen voting on the placement of the override question on the ballot: