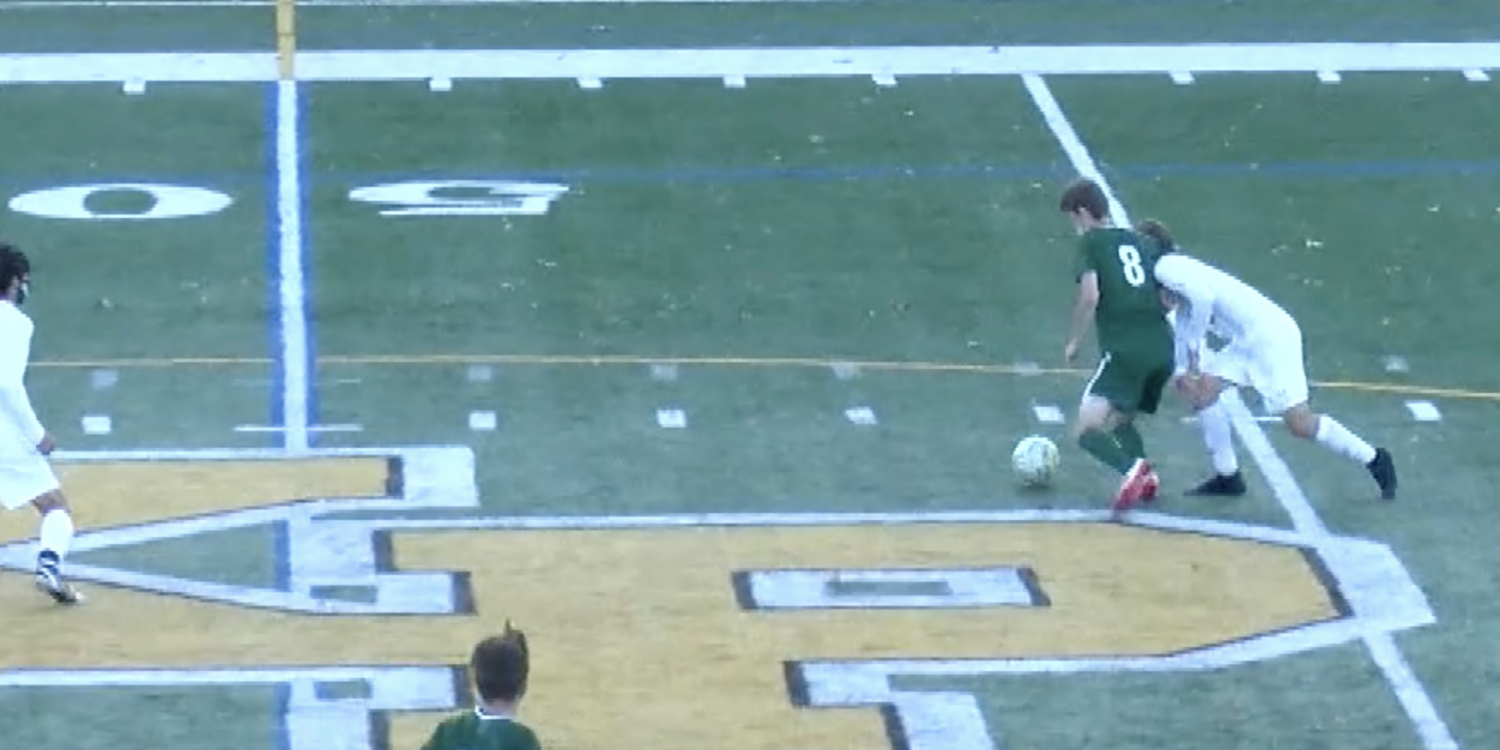 Players of the game announced

We were at King Philip on October 8 for the Warriors 5-1 field hockey mauling of Mansfield. The Crocker sisters, Grace and Isabelle, accounted for four of the five goals, scoring two apiece. Grace  was named North TV’s Player of the Game, but that doesn't mean Isabelle was shut out of the honor.

We were back at KP on Friday, October 9 for boys’ soccer. The Warriors won 1-nil over Mansfield thanks in large part to the midfield play of senior captain Evan McEvoy who was named our North TV Player of the Game.

We were at KP one more time on Monday, October 12. The Franklin field hockey team clipped King Philip 2-1. Isabelle Crocker earned North TV Player of the Game honors  scoring the Warriors’ only goal.

North TV made history Wednesday night, October 14 by cablecasting a game live on our Community Channel for the first time in our 14-year history. The Red Rocketeers gave viewers watching at home plenty to cheer about by stomping Stoughton 7-nil thanks in part to a hat trick by Steph McKenna.

Grace, Evan, Isabelle and Steph will each receive DVD copies of their games, North TV Player of the Game shirts in their schools’ colors and a North TV sports bag for their efforts.

Click below to stream this week's North TV Players of the Game in action: